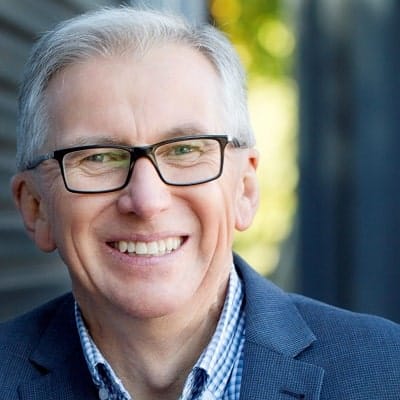 Peter Sweetman is the founding Pastor at Bridgeman Baptist Community Church. After spending a number of years teaching in Queensland schools, he was called to pastoral ministry by his home church in 1988. Three years later, he and a team were sent by Ashgrove Baptist to plant a new church in the suburb of Bridgeman Downs.

Over the past 22 years, Peter has experienced many stages of church life, from pastoring in a football club hall with a congregation of forty people through to a multi staff church holding six services a week. Over the past nine years Bridgeman Church has planted three new Baptist works, including an Indigenous church.

Peter has a passionate commitment to a model of leadership which values the place of humility, prayer and obedience in discerning the unique path Jesus has for every local church. Peter is married to Maree who works part-time as a physiotherapist and they have four young adult children.

Peter is a chairman of the Board and Founding Pastor of Bridgeman Baptist Community Church.